Lars (left) explaining to Daniel that all is done in the lap-top computer: demodulation, decoding, display of telemetry as well as steering the antenna. 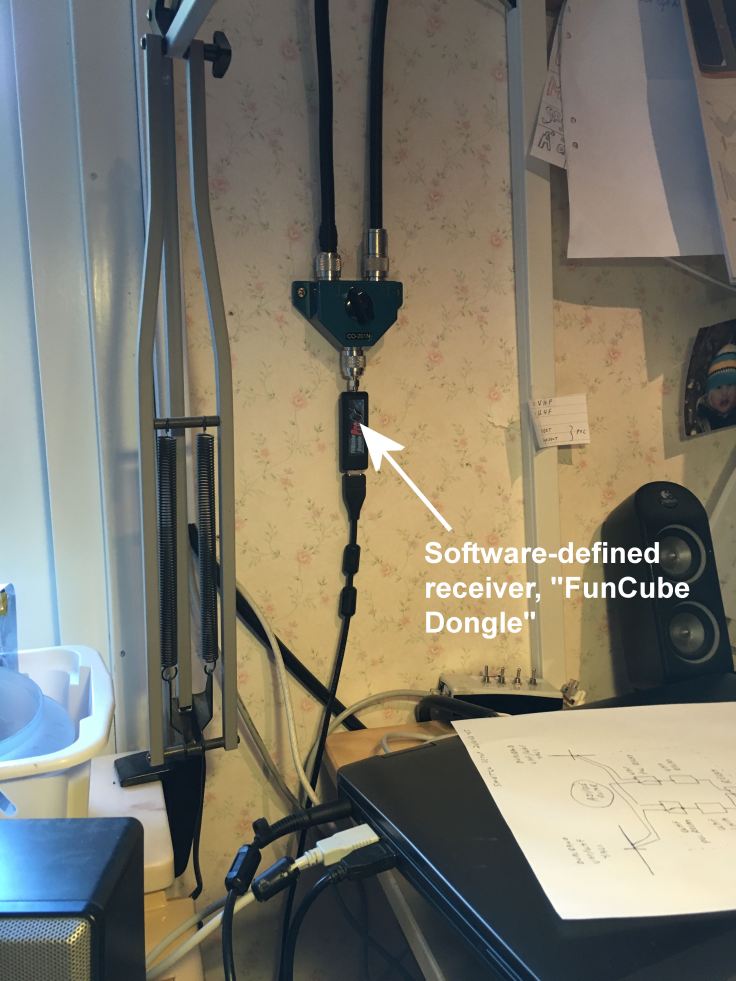 The heart of the set-up is the software-defined radio (SDR), in this case a “FunCube Dongle+” developed originally for the UK satellite FunCube-1. 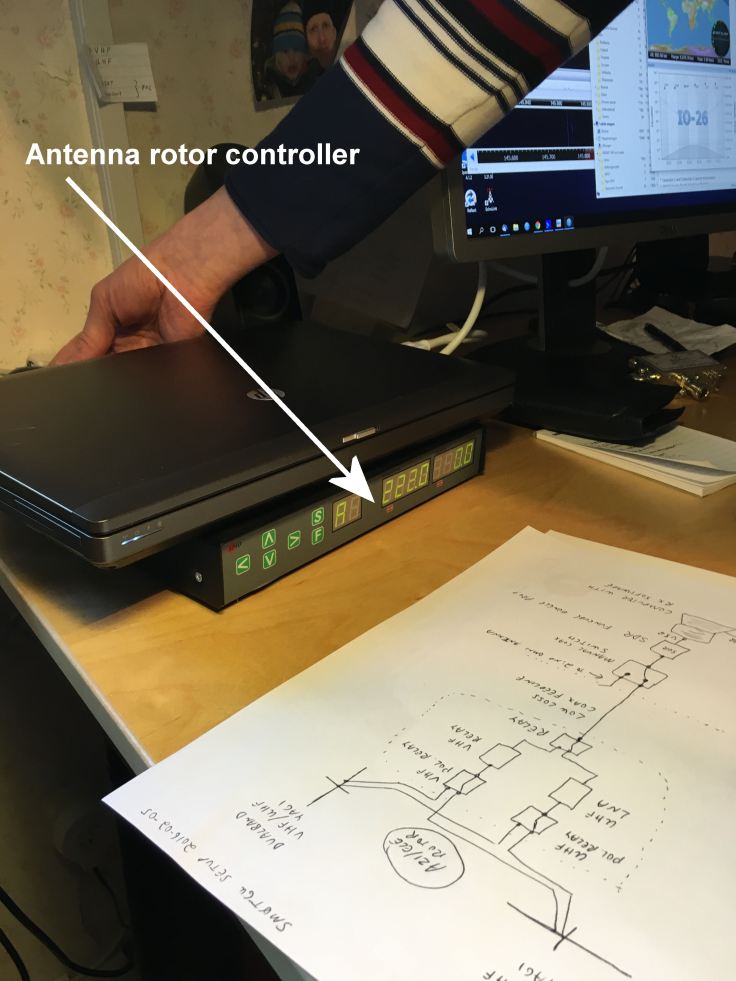 The lap-top doing all the work sits on top of the antenna controller.

This site uses Akismet to reduce spam. Learn how your comment data is processed.